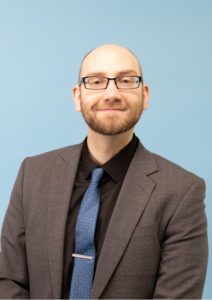 “I can finally hear all thanks to my hearing loss claim with Boylan Lawyers! My lawyer, Elias, was absolutely fantastic. He was incredibly polite, stayed on top of my matter and gave unbelievable service. I would recommend Boylan Lawyers to anyone with a potential claim for noise induced hearing loss.” – Peter.

Elias has been working with Boylan Lawyers since July 2019, having been admitted to practice in September 2014 and previously engaged in paralegal work since 2013.

Elias has a Bachelor of Laws (Honours) degree, Bachelor of International Studies degree, and Graduate Diploma of Legal Practice from the University of Adelaide. He has also been a member of the Law Society of South Australia’s Accident Compensation Committee since May 2018.